Back to Articles | « Previous | Next »
Home » A locust plague hit East Africa. The pesticide solution may have dire consequences.

A locust plague hit East Africa. The pesticide solution may have dire consequences. 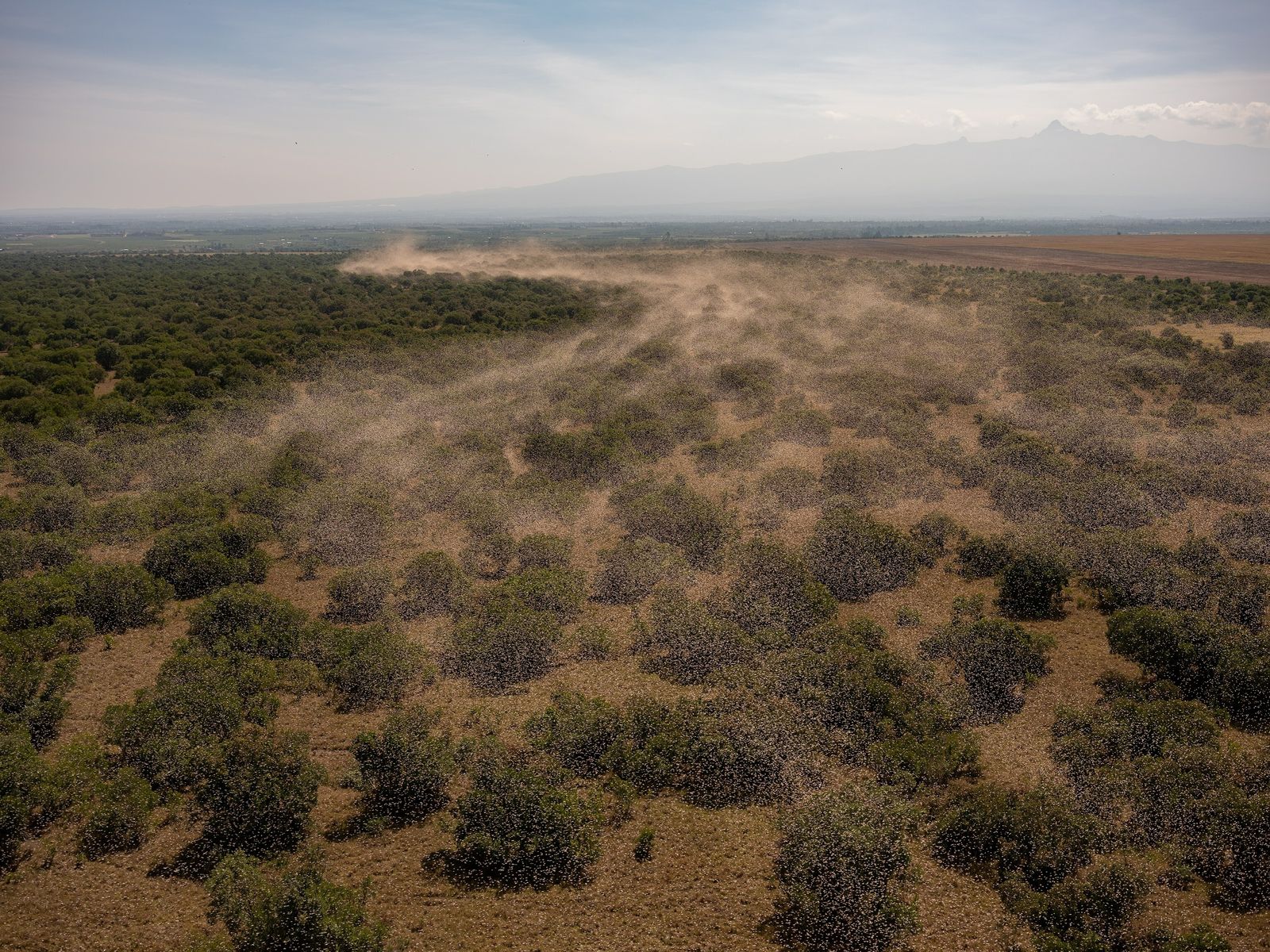 A locust plague hit East Africa. The pesticide solution may have dire consequences.

Heavy use of a broad-spectrum pesticide seems to have slowed the desert locust invasion. What the repercussions of that approach are isn’t yet clear.

A swarm of locusts is awe inspiring and terrible. It begins as a dark smudge on the horizon, then a gathering darkness. A rustle becomes a clatter that crescendos as tens of millions of voracious, finger-sized, bright yellow insects descend on the land. Since late 2019, vast clouds of locusts have shrouded the Horn of Africa, devouring crops and pastureland—and triggering an operation of staggering proportions to track and kill them.

So far, a ground and air spraying campaign over eight East African countries, coordinated by the United Nations Food and Agriculture Organisation (FAO), has staved off the worst—the very real prospect that the locusts would destroy the food supply for millions of people. Last year, the operation protected enough pastureland and food stocks, by the FAO’s calculations, to feed 28 million people in the Greater Horn of Africa and Yemen for an entire year.

But progress comes with yet-unknown consequences to the landscape, and responders have sought to find the elusive balance between eradicating the invading pests without destroying foliage and harming insects, wildlife, and humans. Northern Kenya is renowned worldwide for its bee diversity, and farmers and conservationists worry that bees are becoming casualties.

So far, 506,000 gallons (2.3 million litres) of chemical pesticides have been sprayed over 4.7 million acres (1.9 million hectares) at a cost the FAO says is £142 million. The spraying is expected to continue this year.