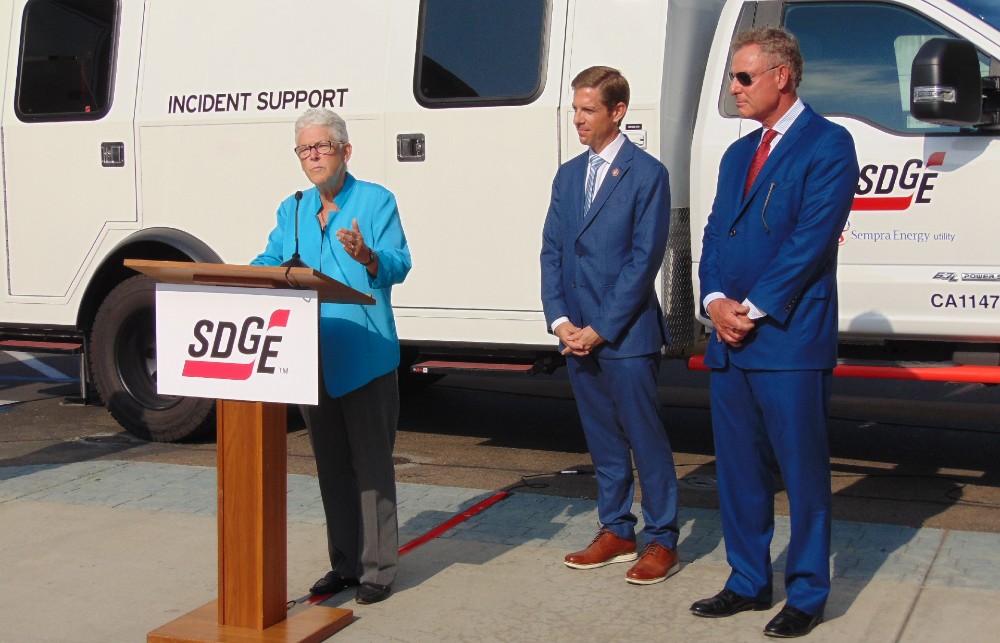 She said she had toured many such centers over 40 years in government and SDG&E’s was the best. “I’m extremely excited about what I’ve seen,” she said.

Accompanying McCarthy were Reps. Mike Levin and Scott Peters, both of whom have championed environmental issues in Congress.

Peters, who represents the 52nd District, described SDG&E as “the most progressive utility in the U.S.” with a renewable power share of over 40%. Levin, who represents the 49th District, said that what the utility is doing to monitor wildfire-prone areas “ought to be done everywhere” as fire season becomes “endless” amid climate change.

McCarthy expressed optimism that the projects included in the Senate-passed $1.2 trillion infrastructure bill and companion $3.5 trillion “Build Back Better” budget will help the United States turn the corner on climate change.

“We have the ammunition to make a chunk of progress just over the next five to 10 years,” she said, adding that fighting climate change doesn’t have to be a trade-off thanks to innovative technology.

“We are not making trade-offs here. We have the technology to make good progress,” she said.