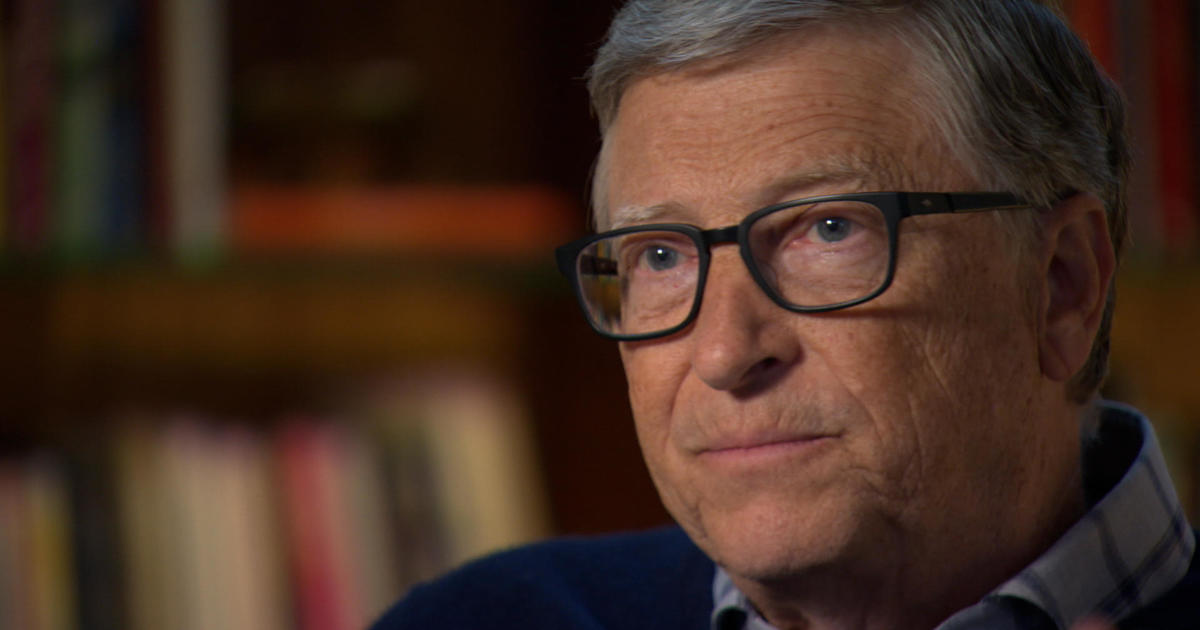 "The amount of change, new ideas. It's way greater than the pandemic. And it needs a level of cooperation that would be unprecedented," Gates tells Anderson Cooper. See the interview, Sunday on 60 Minutes.

Bill Gates, an integral player in the digital revolution as the co-founder of Microsoft, hopes to play a critical role in fighting climate change.

The billionaire philanthropist has invested in programs tackling global problems of poverty and disease for decades and recently, the pandemic. Now he sets his sights on evading the disaster scientists warn is ahead if the planet continues to warm.

Gates believes halting the temperature rise will be the biggest challenge ever faced by humanity. "The amount of change, new ideas. It's way greater than the pandemic," Gates tells Anderson Cooper in a 60 Minutes interview airing Sunday. "And it needs a level of cooperation that would be unprecedented."

But Gates hopes people will be able to develop ways to reduce or eliminate greenhouse gases – mostly carbon dioxide – that scientists say contribute to global warming.

"We have more educated people than ever. We have a generation that's speaking out on this topic. And, you know, I got to participate in the miracle of the personal computer and the internet," Gates says. "And so, yes, I have a bias to believe innovation can do these things."

Gates outlines potential innovations to manufacturing, agriculture and transportation in a new book, "How to Avoid Climate Disaster." He speaks about his optimistic vision on the next edition of 60 Minutes, Sunday, February 14 at 7 p.m. ET/PT on CBS.