Back to Articles | « Previous | Next »
Home » Japan’s Deadly Combination: Climate Change and an Aging Society 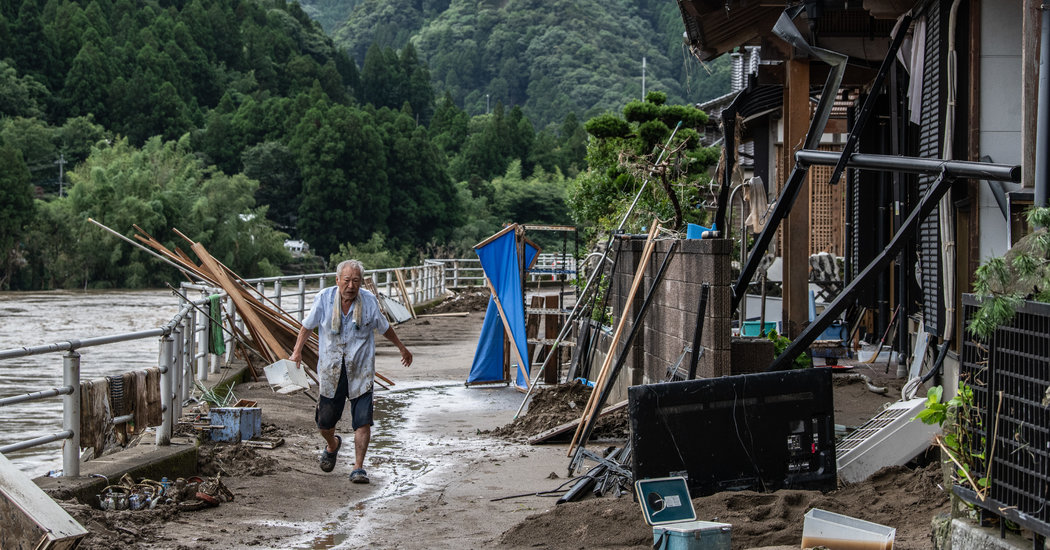 Record-breaking rains this week in the country’s southernmost main island, which have killed 62, have shown the vulnerability of people living in nursing homes.

TOKYO — The forecast was dire: close to nine inches of rain in a single day. Officials in Kuma, a village on the banks of a fast-moving river in southwestern Japan, urged everyone to evacuate. Yet inside the Senjuen nursing home, the 70 residents were left in place.

The decision proved disastrous. The rain that fell early Saturday was even worse than expected, a blinding downpour that soon inundated the village’s streets. Caretakers in the nursing home, which lacked an elevator, struggled to move residents to the second floor. For 14 of them, it was too late — the river breached its banks, killing them in its floodwaters.

The events at the nursing home were the deadliest in a week of floods and landslides that have killed 62 people in Kyushu, Japan’s southwesternmost main island. They represent a collision of two powerful forces shaping the country’s present and future: demographic change and global warming.

In recent years, climate change has spurred more torrential rains in Japan, causing deadly flooding and mudslides in a nation with many rivers and mountains. The people most vulnerable to the risks of this extreme weather are the elderly, of which Japan has the highest proportion in the world.