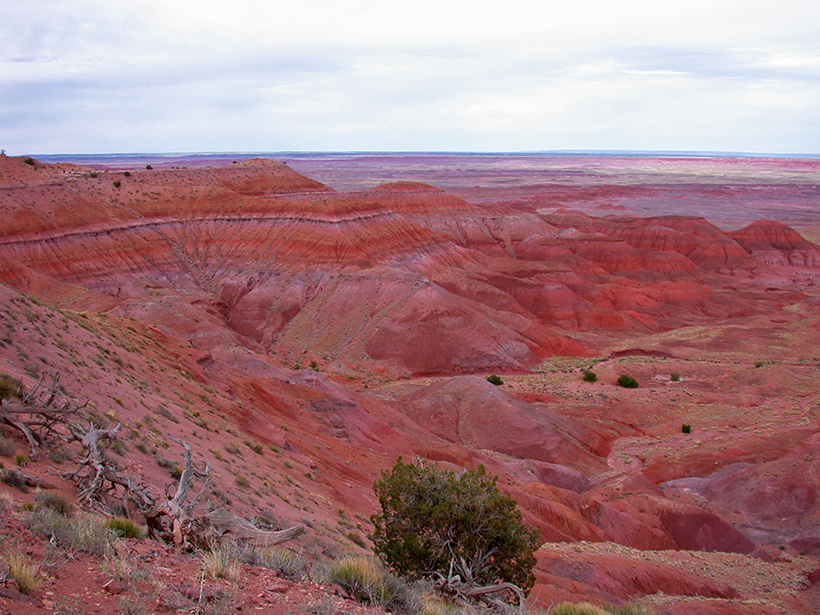 A recent study on hematite formation during the Triassic may help predict the effects of climate change on contemporary monsoonal environments.

Reddish rock formations pervade the American Southwest. Their coloration is associated with the mineral hematite, through which a recent Rutgers University–led study uncovered a powerful link to climate.

According to lead author Christopher Lepre, conventional understanding attributes redness in the rock formations to diagenesis, a process of oxidation that occurs well after rocks are formed. Lepre’s team asked whether the coloration was due not to diagenesis but to a different process altogether. Lepre is an assistant instructor in Earth and planetary sciences at Rutgers.

“Nobody’s ever thought about using hematite as a paleoproxy for understanding seasonal climate parameters like precipitation.”“My coauthor, Paul Olsen, and his colleagues demonstrated some years ago that the color changes in Triassic rocks from the Newark Basin in New Jersey correlate with ancient monsoonal climate changes,” said Lepre. Applying that correlation to rocks on the Colorado Plateau, Lepre’s team identified a healthy concentration of similarly ancient, colored hematite.

“That revises how we start to think about how these rocks got these wonderful colors.”

Celina A. Suarez, an associate professor in the Department of Geosciences at the University of Arkansas not involved in the new research, called the study “a really interesting application.” “Diagenesis is such an amorphous term that researchers tend to shy away from…. Chris saw a pattern in the ‘redness data’ and thought about what it really means.