Back to Articles | « Previous | Next »
Home » The past 7 years have been the hottest on record “by a clear margin,” scientists say

The past 7 years have been the hottest on record “by a clear margin,” scientists say 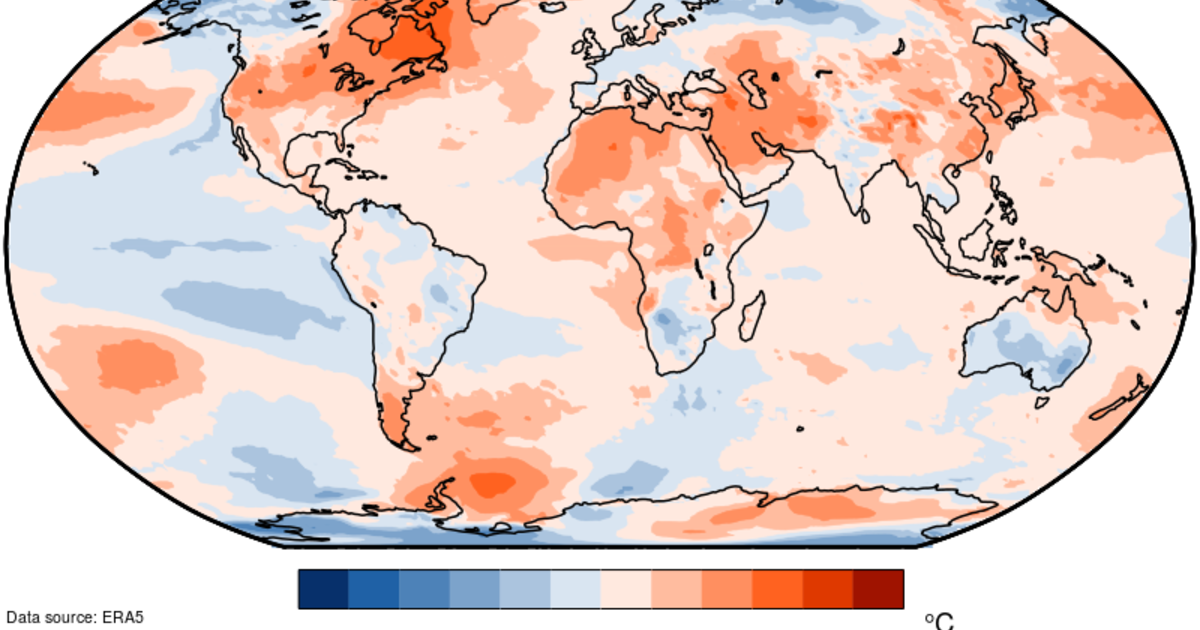 The past 7 years have been the hottest on record "by a clear margin," scientists say

The past seven years have been the hottest ever recorded globally "by a clear margin," according to findings released Monday by scientists with the European Union's Copernicus Climate Change Service. Though 2021 was not quite as warm as other recent years, scientists warned that global greenhouse gas emissions are continuing to rise.

But while 2021 may have been slightly cooler than 2020, that doesn't mean the effects of climate change are lessening. Carbon dioxide levels reached a global record for the year, fueled in part by megatons of carbon that were released by wildfires, according to a press release summarizing the findings. Methane concentrations also reached record levels.

"Carbon dioxide and methane concentrations are continuing to increase year on year and without signs of slowing down," Vincent-Henri Peuch, director of the Copernicus Atmosphere Monitoring Service, said in the release. "Only with determined efforts backed up by observational evidence can we make a real difference in our fight against the climate catastrophe."

The heat was especially repressive in Europe last summer. The continent experienced its warmest summer on record, and Sicily broke the European record for hottest recorded temperature when it reached 119.8 degrees Fahrenheit (though the findings have not yet been confirmed by the World Meteorological Organization).

The hot, dry weather preceded "intense and prolonged" wildfires in Turkey, Greece, Italy and other countries, the Copernicus researchers said.

2021 continued the trend as one of the hottest years on record since the 1800s.