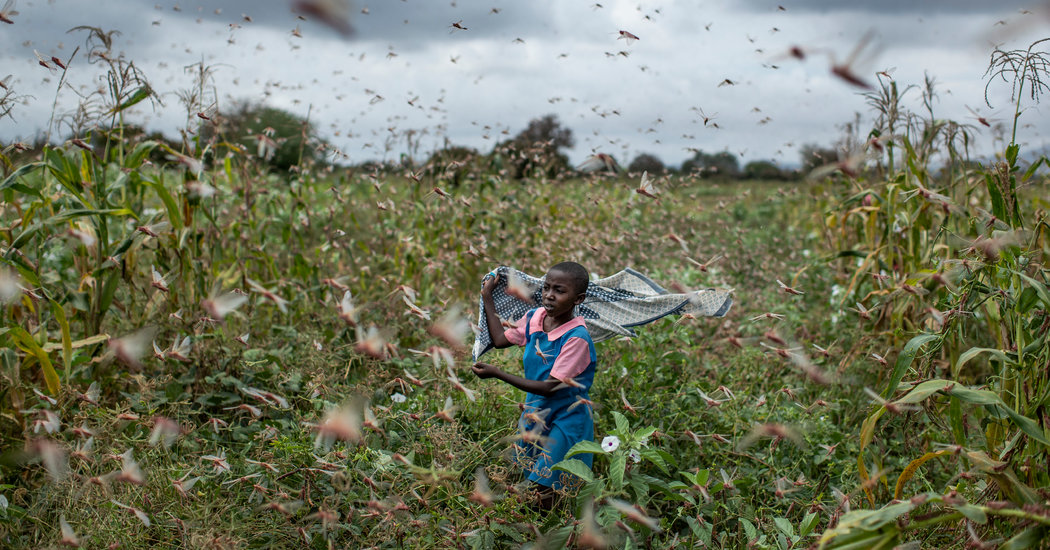 Extreme weather presents an even bigger threat when economies are crashing and ordinary people are stretched to their limits.

The hits came this week in rapid succession: A cyclone slammed into the Indian megacity of Kolkata, pounding rains breached two dams in the Midwestern United States, and on Thursday came warning that the Atlantic hurricane season could be severe.
It all served as a reminder that the coronavirus pandemic, which has killed 325,000 people so far, is colliding with another global menace: a fast-heating planet that acutely threatens millions of people, especially the world’s poor.
Climate change makes extreme weather events more frequent and more intense. Now, because of the pandemic, they come at a time when national economies are crashing and ordinary people are stretched to their limits.
Relief organizations working in eastern India and Bangladesh, for instance, say the lockdown had already forced people to rely on food aid by the time the storm, Cyclone Amphan, hit. Then, the high winds and heavy rains ruined newly sown crops that were meant to feed communities through next season. “People have nothing to fall back on,” Pankaj Anand, a director at Oxfam India, said in a statement Thursday.
The worst may be yet to come.

Several other climate hazards are looming, as the coronavirus unspools its long tail around the world. They include the prospect of heat waves in Europe and South Asia, wildfires from the western United States to Europe to Australia, and water scarcity in South America and Southern Africa, where a persistent drought is already deepening hunger.